How to get to Sicily

Getting There by Train 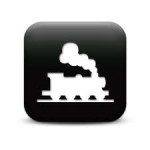 Most Sicilian find romantic travel from the peninsula to Sicily whit the train especially when you leave from the end of the calabria and the train is loaded onto a barge for a 45 minutes trip across the straits of Messina. Consider that from Rome to Siracusa takes about 10-11 hours on the train. If you think that this is way too slow you will have to think again while you are planning to visit Sicily by train  as trains, even along the main lines from Palermo to Siracusa, are notably slow.

Getting There by Car

The best way to see Sicily (especially if you don’t have a lot of time) is to travel by car. Cars can be rented at airports and downtown locations in major cities. There is a 14% tax added when you rent at the airport. The  largest rental services in Sicily is Avis. Avis car rental have presences at Aeroporto Fontanarossa in Catania and at Palermo international airport as well as the mayor Sicilian town.

The aurostrade (toll roads) are well maintained in Sicily. You will probably want to avoid driving in large cities, but the regional roads are good and scenic views present themselves often.

Getting There by Bus

Bus services between the smaller cities is available from a number of carriers offering air-conditioned busses at prices slightly higher than the train. Consider the buses a better option comparing to the trains

Getting There by Ferry

Ferries service Sicily extensively. You can get to Sicily from Genoa, Naples, Cagliani Sardinia, Malta and Tunisia via ferry, as well as the Sicilian Island groups of Egadi, Lipari, and Eolie, and islands of Pantelleria, Lampadusa, and Linosa. See Ferries to Sicily for Sicily Ferry information.

Getting There by Plane 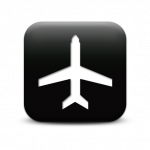 Catania-Fontanarossa Airport (CTA/LICC) serves the west of Sicily, and while the east is served by Palermo International Airport.