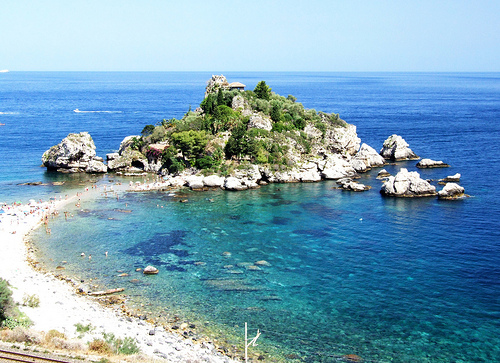 Taormina is a small town on the east coast of the island of Sicily, in the Province of Messina, built on an extremely steep coast, and it is approximately a forty-five minute drive away from Europe’s largest active volcano, Mount Etna. Facing crystal clear waters, the beautiful Taormina offers numerous attractions.

Visit the famous Greek Theatre, which was completely restored by the Romans, and now used for cultural events and the Castle of Taormina, which presents spectacular views of the bay. Taormina has been a very popular tourist destination since the 19th century and has popular beaches (accessible by cablecar) on the Ionian sea, which is remarkably warm. 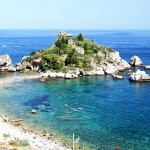 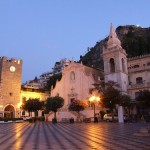 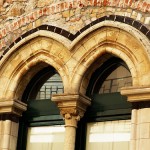 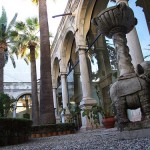 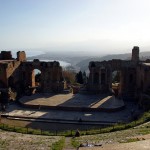 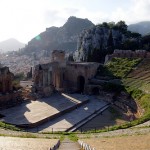