Agrigento is situated on the southern coast of the island as is the capital of the province of Agrigento. Its history as one of the leading cities of Magna Graecia during the golden age of Ancient Greece makes it a fascinating historical destination while its proximity to the spectacular ‘Valley of the Temples’ makes it a great base from which to explore the area.

Agrigento establishment took place around 582-580  founded on a plateau overlooking the Mediterranean sea, with two nearby rivers, the Hypsas and the Akragas, and a ridge to the north offering a degree of natural fortification. read more >>

Valley of the Temples

The renowned Valley of the Temples  comprises a large sacred area  where seven monumental Greek temples in the Doric style were constructed during the 6th and 5th centuries BCE.  They constitute some of the largest and best-preserved ancient Greek buildings outside of Greece itself.   read more >> 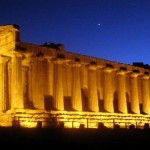 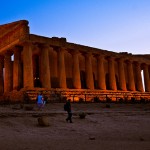 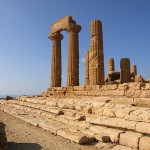 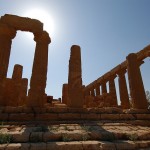